The Talkeetna Chamber of Commerce and the Denali Arts Council are proud to bring you another season of  Live @ Five Outdoor Summer Concert Series.

Live @ Five 2019 will run from May 24th through August 30th, bringing you LIVE music every Friday evening, from 5-7 pm in the Talkeetna Village Park.

This is a family friendly event. Bring your picnic baskets, your lawn chairs or your blanket, and enjoy musicians from all over the state. 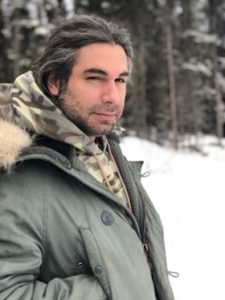 Ukulele Russ is a wild man – the dirty underbelly of the ukulele scene. Unable to comprehend how the ukulele could be seen as anything other than stringed testosterone, Russ set out to expand people’s minds. Believe it or not ukes can rock. He is playing it fast and loose in a guitarist’s jungle with his show that contains secret historical tales from 49th state, and a true account of Russ’s life in the north, telling the stories of a musician’s survival in the subarctic all set to Alaskan ukulele music. 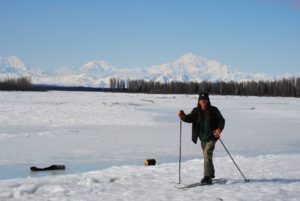 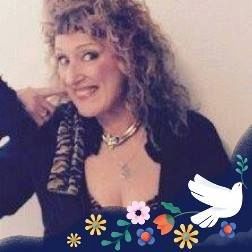 Known as Alaska’s First Lady Of Entertainment LuLu Small has been one of the state’s most consistent, popular and must-see performers for over 40 years, inclusive of many visits to Talkeetna yearly in addition to her busy statewide schedule. Get ready for an unpredictable good time and unforgettable performance by Alaska’s Diva of Delirium, LuLu Small! 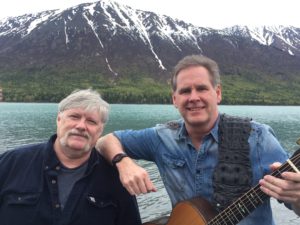 JD Cox and The Harmonica Guy are not your typical acoustic duo. Sure, they can do all those classic harmonica songs you know and love from Supertramp and Stevie Wonder, but this full-time professional duo takes it to the next level and jams out on songs you might not expect.  No matter what your musical tastes are, they strive for the “feel good” vibe in every song, so don’t expect to be kickin’ back and chillin’ out.  JD Cox and The Harmonica Guy are straight-ahead high-energy acoustic FUN!

JD Cox grew up in the southern U.S. and enjoys playing electric guitar, acoustic guitar, and pedal steel guitar. He has played all over Texas, New Mexico, Colorado, Wyoming, Alaska, South Africa, Angola, Europe, and now Hawaii. His musical influences are all over the map. He has opened for many big name U.S. country and western artists including Tim McGraw, Restless Heart, Exile, Asleep at the Wheel, George Thorogood, Marshall Tucker Band, and Joe Ely. He enjoys writing, recording, and producing original music and videos, and has played at over 500 weddings. 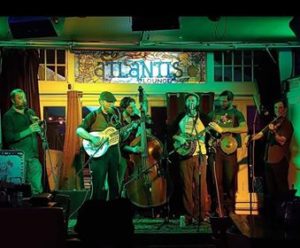 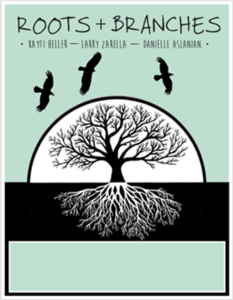 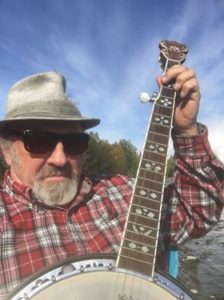 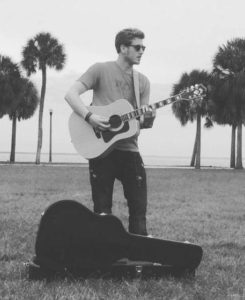 International Singer-Songwriter, Joel Kachel, started touring professionally in 2009 but has been living the dream as a full time musician for the past 5 years. Joel is Minneapolis based, but his music career has given him the opportunity to embark on regular tours around the country including places like Alaska, Colorado, the beautiful beaches of the Florida Keys, along with international tours in Ireland, Netherlands, Germany, France, and Spain.

Joel has been surrounded by music and writing original songs since a young age. He is a prolific song writer and he continues to develop catchy, fun, easy listening songs to engage all demographics. Joel’s ability to connect with a large range of people allows for him to continue the musical journey that he is on. 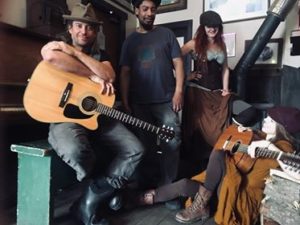 No Expectations is a unique folk-rock/ Motown fusion, blending the soulful baritone of Rodney Enise with the sultry sopranos of the Denali Dames. 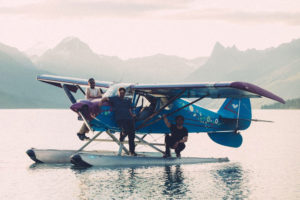 Artificial Horizon is a Bush Funk band from Talkeetna, Alaska comprised of pilots and climbers Michael Gold, Jason Ajemian, and Butchy Fuego. Their infectious blend of old school funk and a modern sound make for a refreshingly new style that is sure to get people dancing.

Although the band has decades of professional musicianship between all three members, they have only just begun to play together. Their first show of 2019 was at Denali Basecamp on the Kahiltna Glacier. 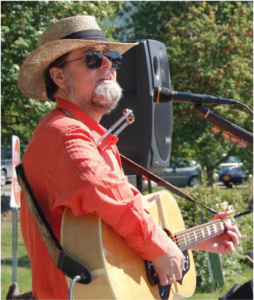 He’s a mighty musical wind. But unlike his meteorological namesakes, Hurricane Dave brings gusts of good times and leaves a satisfied audience in his path. Known as “Alaska’s Favorite Cheechako,” the Anchorage-based singer-songwriter writes and performs humorous and serious songs about his experiences in the quirky 49th state.

Hurricane Dave began his career as a bar musician in Washington, D.C., and has spent time in Nashville, Southern California, Las Vegas and South Florida. These days he calls Anchorage, Alaska, home, having relocated from Fort Lauderdale in the spring of 2008. Hurricane Dave has two albums that are commercially available: “Bar Stools & Church Pews: Songs For Friday Night & Sunday Morning” (2007, Big Blue Dolphin), a mix of drinking songs and country-gospel (“a little something for everybody,” he says) and “The Cheechako Chronicles — Postcards, E-mails & Tweets From Alaska” (2010, Hurricane Dave Music), all original material about a newcomer living in Alaska — including his Sarah Palin “refudiation,” “Please Don’t Ask Me About Her.” 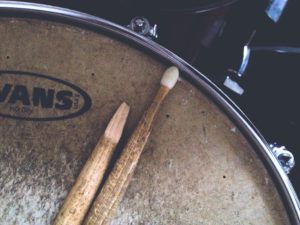 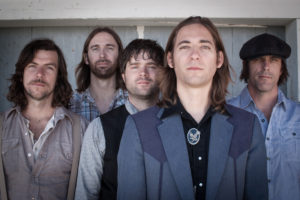 Singer/songwriter Paul Givant grew up on the same disparate array of popular musical styles as any other late 20th century kid. In that mishmash of Rock, Punk, Country, Pop, and Rap, it was American Folk and Bluegrass that rooted deepest in Paul, transforming him and his songs. Having made the rounds in various rock bands since early high school, Paul decided it was time to take his growing batch of new folk-oriented songs and create a band that could deliver this material the way he imagined it sounding.

As so many fortuned events have unfolded, it was through a series of chance meetings, twists of fate, and a little help from Craigslist, that Paul met kindred spirits in Stephen Andrews, John Kraus, Tim Weed and Christian Hogan. Together they began building the music and the band that would soon become ROSE’S PAWN SHOP. They combined, in their collective musical melting pot, the old style American sounds of Woody Guthrie, Bill Monroe, and Hank Williams with a higher energy approach more reminiscent of modern Alt-Rock, all with a deeply melodic songwriting sensibility. The goal was to create a sound that was unique, yet imbued with a sense of familiarity.

The final ingredient was added one fateful day when Paul’s scorned ex-girlfriend/former band-mate, Rose, in an act of revenge, stole the band’s gear and instruments from their practice space and brought it down to the local pawn shop. Priceless! The match was lit … and ROSE’S PAWN SHOP was born! (Of course, not until after they got their gear out of hock!)

In 2010, the near-current line-up of the band recorded the album “Dancing on the Gallows,” and the band began hitting the road. Once the final line-up was locked in, they began touring the United States more consistently and have ever since.

On any given night, you could find ROSE’S PAWN SHOP playing the Georgia Theatre in Athens, busking the streets of Jackson Square in New Orleans, opening for Jack White and The Raconteurs at the Henry Fonda Theatre in Los Angeles, ripping the walls off the club in their month long residence at the Parkside Lounge in New York City, or hitting the main stages of prestigious festivals such as Floydfest in Virginia and Wakarusa in Arkansas. The band is out there, growing their music, iginiting their passion, and converting an ever-increasing congregation of fans.

With an arsenal of guitars, banjo, thumping upright bass, fiddle and drums, delivering neo-classical-sounding melodies and lyrics, their sound is a wholesome mishmash of creek mud, rusty nails and your mom’s cookin’. It’s sincere and straight-forward, effortlessly combining such disparate musical styles as rock, country, bluegrass, and punk to create an incomprehensibly smooth and accessible sound for true believers and skeptics alike.

They confront traditional country music themes of loss, lamentation, and redemption, with a couple of drinking songs for good measure. Sure, they’re borrowing pages from the books of Hank Williams, Bill Monroe, and Johnny Cash, but ROSE’S PAWN SHOP takes those pages, tears them up and sets them on fire with three and four part vocal harmonies and lyrics that’ll break your heart.

Something happens when you hear these songs. No matter how low you’ve sunk, something in the music finds you. It picks you up and carries you home.